Towards a true history: exegetical and historical research (2011)

Essenes’ Myth and False Beliefs about Qumran and Flavius Josephus

Then American and French websites were quick to pass on this “news” by way of the two researchers, Joe Zias, an Israeli from the Rockefeller Museum in Jerusalem, and the other American, James Tabor.

The article by Cécile Dumas which appeared in Nouvel Obs (“Qumran: les esséniens trahis par leurs latrines” [“Qumran: the Essenes Betrayed by their Latrines”]) nevertheless cautiously mentioned that the Essene “hypothesis:”
“…was questioned in 2005 by two Israeli researchers, Yitzhak Magen and Yuval Peleg. After nine years of excavation at Qumran, Magen and Peleg had asserted that there had never been an Essene monastery on the site of the old fortress, but only a pottery factory.”

A Quick Review Of The Essene Question

As early as October 2004, the journal Sciences et Avenir announced that the ten excavation campaigns carried out by Magen and Peleg were “…the most important since the time of Roland de Vaux:”
“The discovery of coins, pottery and especially jewelry invalidates the thesis, according to which this site housed the famous sect of the Essenes, who lived in poverty for spiritual reasons and who would have been the authors of the Dead Sea Scrolls.”

These challenges, in fact, were not new. For years the archaeological material had spoken, although it was partially still under investigation because of its abundance. In 1992, the colloquium organized by the New York Academy of Sciences (and published in 1994) should have put an end to the assumptions that absolutely want to establish a link between the site and the texts found nearby (or several kilometers away, in the 10 or 11 others Dead Sea Caves). The reliable data, in fact, proceeded in a different direction entirely: 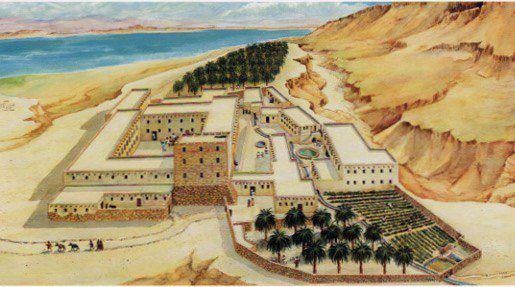 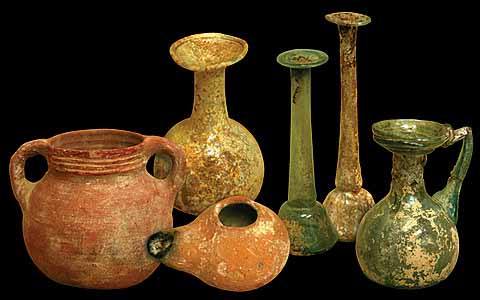 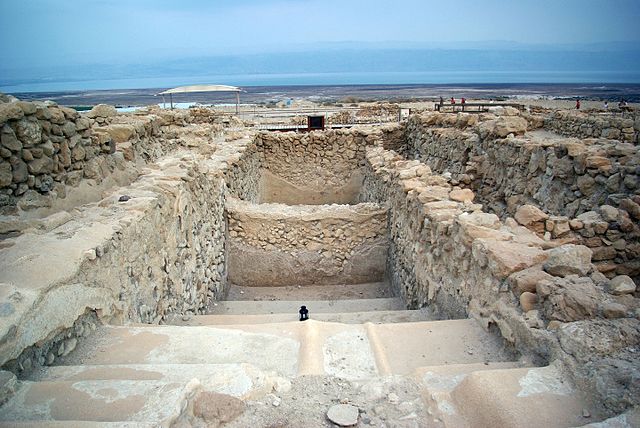 It is important to keep in mind all this demonstrated archaeological data, before coming to grips with the interpretative hypotheses which so want to associate the site with the manuscripts of the caves, the cemetery and certain passages (more than doubtful) of the historian of the Jewish War, namely, Flavius Josephus.

In addition to the various claims in the Zias-Tabor article, one notices that the burying of excrement is not the characteristic of a small Jewish sect. In the Bible, we read in the book of Deuteronomy:
“You shall also have a place allocated outside the camp, so that you may go out there to relieve yourself, 13 and you shall have a [h]spade among your tools, and it shall be when you sit down outside, you shall dig with it and shall turn and cover up your excrement… so He must not see anything indecent among you or He will turn away from you” (Deut. 23:13-14).

This prescription is therefore of general application to all the sons of Israel, with modifications (which have not been lacking). It is this prescription which evokes Book II of the Jewish War, where we read moreover that the “Essenes” do not go to the toilet on the Sabbath day. According to James Tabor, this requirement would correspond to the situation in Qumran, where the latrines are located further than the number of steps allowed on such a day. This is nothing more than the need to attribute the Messianist current, which produced many Dead Sea texts, to rabbinical rules which have nothing whatsoever to do with this Messianist current. But things get worse.

The entire passage concerning the “Essenes” exists in the Philosophoumena, and the comparison of the two texts clearly shows the mutilations that the passage underwent in transmission. In the Greek version of Josephus, everything, in fact, indicates that this constitutes an interpolation, carried out in the 3rd century, on the basis of the record of the Philosophoumena, by a pagan author linked to imperial power, who is very mocking and rather anti-Semitic. This passage, moreover, is absent from the manuscripts of the Latin Hegesippus, as well as those of the Hebrew Josippon. In fact, the very name “Essenes” is unknown there. Regarding this “name”, it is important to remember that it is that of Greek priests – those at the temple of Artemis in Ephesus, which denotes a certain sort of humor; or, at worst, a sarcastic touch [2]. And just after the mention of what the “Essenes” do not do on Shabbat, we read that on other days they do it “wrapped in their cloak so as not to offend the sight of God.” If that is not mockery, what is it? Such derision arises throughout the reading of the passage.

The non-critical use of Josephus and the connection with the situation of latrines outside the biblical context is just not admissible. But that is not all.

In the Dead Sea Scroll, called the Temple Scroll, we read this:
“You will make a certain place for them outside the city. This is where they will go, outside northwest of town. You will make aids there, frames with pits in the middle into which the excrement will descend, and it will not be visible to anyone being away from the city of three-mile cubits [± 500 m]” (11QT 46,13).

Let us suppose that there are indeed correspondences with the latrines discovered by Zias – but are they “proofs,” or simply a series of partial and fortuitous connections? On site, there is no trace of a deep pit or aedicule. The situation in the Northwest is not significant either – for latrines certainly could not have been eastwards, out in the emptiness. As for the approximate distance, it does not correspond to what this other manuscript indicates:
“There will be a space of about two thousand cubits [± 350 m] between their camp and the location, and nothing shameful and ugly will be visible around their entire camp” (1QM 7,7 ; parall. 4Q491 frag 1 3,7).

Now, as we have seen, Deuteronomy itself prescribes a distance. There is therefore nothing in particular there. In addition, equally probable traces of other latrines have been discovered within the site of Qumran itself. What then remains in favor of the argument?

A comparison – yet one more – is still made with the deceased in the cemetery, who are supposedly overwhelmingly young men and buried there before 68 AD(!). Joe Zias wonders why they were young (which remains to be seen) – and he assumes that is because they got sick. And why were these “Essenes of Qumran” (according to the Essene hypothesis) sick? Because of the latrines and the obligation of ritual baths and purifications! Because everyone walked on contaminated soil, while complying with the laws of nature; and the water in the basins could not be replenished before the rainy season. So, after about nine months), the water was quickly polluted. The “Essenes” therefore got sick.

Of course, when the water is polluted, it can surely be noticed with the naked eye, sooner or later. However, for more than a hundred years, the supposed inhabitants of the place continued to poison themselves in this way without questioning anything, because, explains Tabor, their poor state of health
“…must have been such as to nourish Essene religious enthusiasm. They must have seen their infirmities as a punishment from God, or as a lack of purity, and therefore they tried even more to purify themselves [with baths].”

Were the “Essenes of Qumran” so stupid? To this web of hypotheses, let us add this one – that the “Essene monks” actually preferred to recruit simple-minded people. The proof? Well, is there not the link – yet one more – to the activity of copying (sometimes several copies), which is attributed to them? They copied because very few of them were able to create an original work. Moreover, if certain manuscripts present work of different hands, that is because, being sick and tiring quickly, the copyists were replaced. These explanations constitute obvious “proofs.” Who would dare doubt? 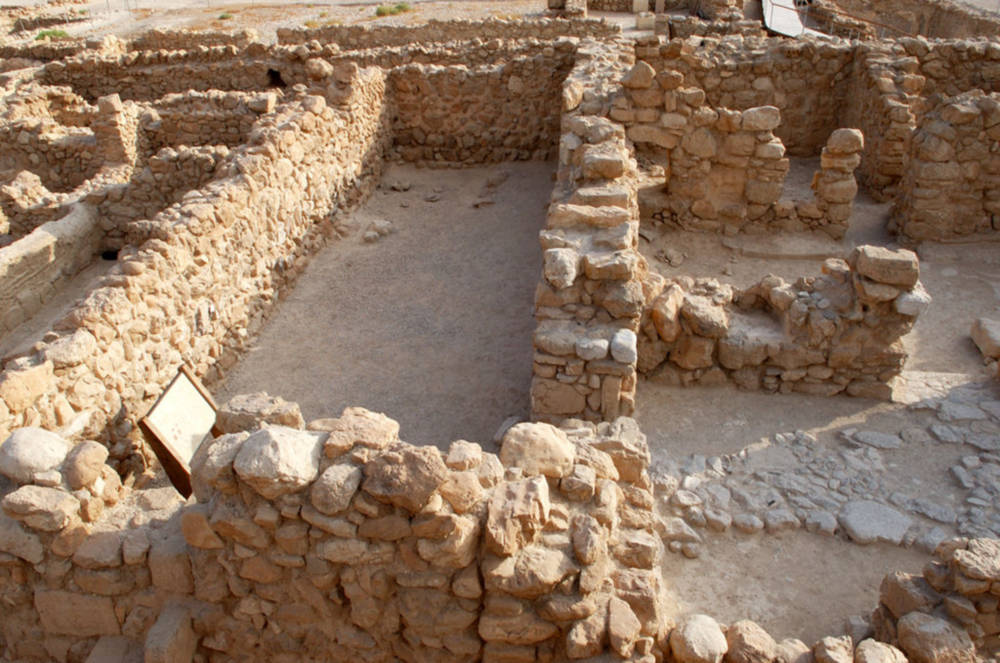 A belief dear in some circles

Enough. Time to put an end to this fantasy. “Essene monks” are the fabrication of hypotheses that are groundless (and often improbable). They are a construction which, alas, became the tree that hid the forest for too long, the forest of a vast Messianist current that existed and did not disappear in the year 68 AD. Quite the contrary. A question arises here: why such relentlessness in trying to demonstrate the idea of “Essene monks?”

Too often there is a gray area between the realm of scientific research and that of beliefs. Since Voltaire decreed that Jesus had gone to be trained among the “Essenes” (as he imagined them from the doctored texts of Josephus), the sect of the same name has become a belief dear in some circles. Is it a coincidence that, among 20th century scholars, those who spread this idea the most were former priests? Of course, no one takes Voltaire’s assertions seriously. However, the “Essenes” remain attractive as idea of the existence of an important Jewish current of which the New Testament would not speak and which, for its part, ignores everything about the beginnings of Christianity. And, thus, does not all this cast doubt on the veracity of the Christian witness?

Nevertheless, the heyday of the “Essene” fiction is numbered. Sooner or later, archaeology will prevail over exegesis, where presuppositions have always played a major role.